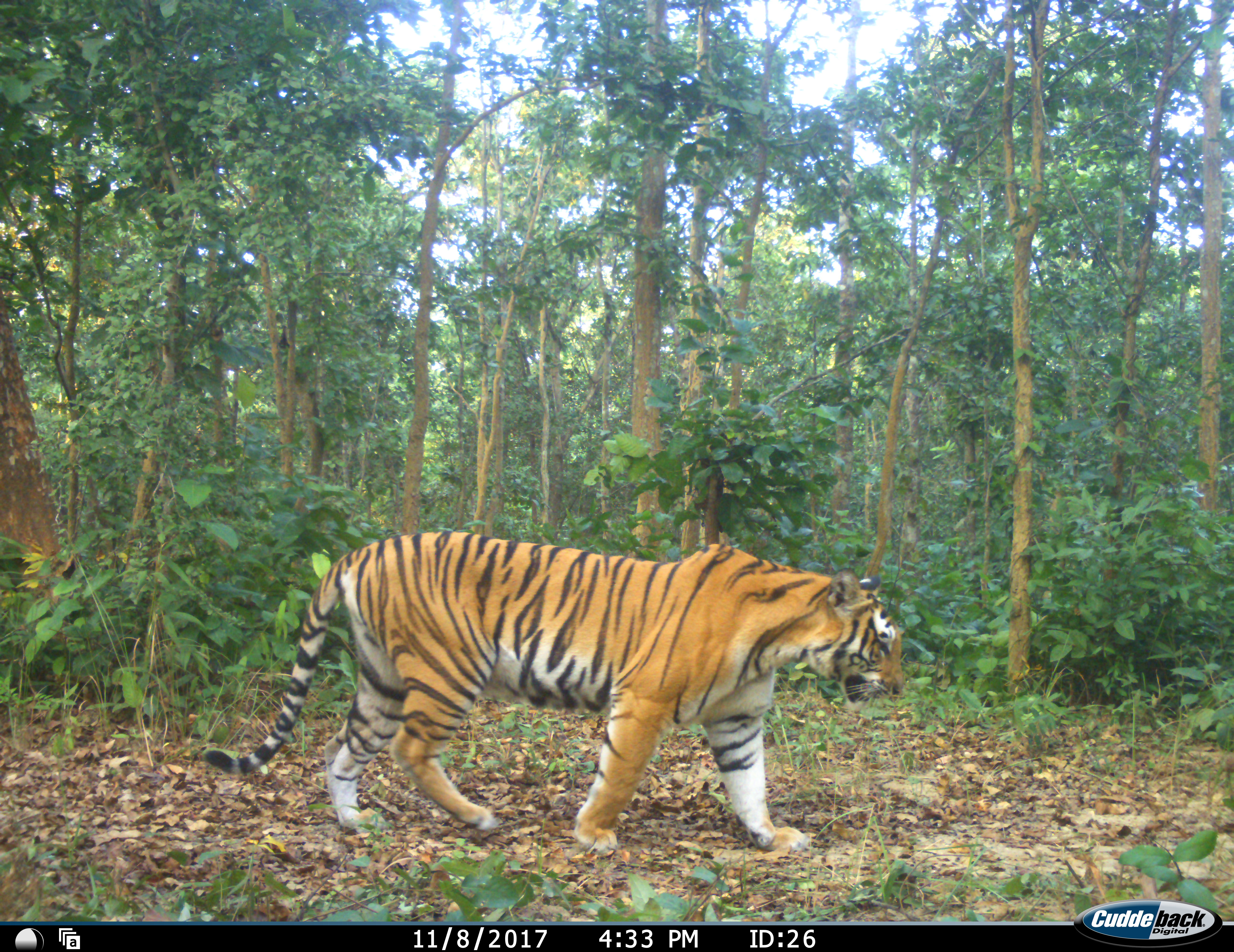 Government-led teams will work with partners, including WWF, National Trust for Nature Conservation and ZSL from November 2017 to March 2018. Camera trap methodology, line transect and occupancy surveys will be used to estimate tiger populations, and prey abundance and density, deploying about 1,600 cameras and 400 field personnel.

Tigers are also being counted simultaneously in India in this transboundary landscape using the same methodology. This is the second time that India and Nepal are conducting a joint tiger survey since the first in 2013, that had estimated 198 tigers in Nepal. A joint status report on the results of the survey is expected in the latter half of 2018.

“Saving tigers requires conservation to work beyond borders and this shared landscape between India and Nepal is indeed an opportunity to work together for tigers,” said Man Bahadur Khadka, Director General of Nepal’s Department of National Parks and Wildlife Conservation. “Given Nepal’s commitment to the global TX2 goal of doubling wild tiger numbers by 2022, we are hopeful that the results of this survey will be a reflection of our efforts to protect this species.”

“The transboundary landscape shared between India and Nepal houses one of the highest densities of tigers in the world, and has become a global priority for tiger conservation since its inception in 2001,” stated Dr. Ghana S. Gurung, Senior Conservation Program Director of WWF Nepal. “We are proud to be a partner to the government in protecting wild tigers and their forest homes, which are shared by many other threatened species, and which provide critical goods and services to people.”

Only an estimated 3900 tigers are left in the wild globally. After a century of decline, global tiger numbers increased for the first time in 2016, thanks to new areas being included in the national surveys, improved survey techniques as well as population recovery from conservation efforts. It is therefore important for governments to carry out regular tiger surveys such as this, to ensure an accurate global estimate of tiger population as techniques become more robust.

Despite the hopeful trends for tigers, much more work is needed to protect this species and their habitats, which remain vulnerable given unrelenting pressures from poaching, retaliatory killings and habitat loss. Saving wild tigers will also help safeguard critical benefits for other species and millions of people; a new WWF report reveals that securing tiger landscapes would help to protect the last remaining forests critical for carbon sequestration and hence climate mitigation, as well as at least nine major watersheds, which regulate and provide freshwater for up to 830 million people in Asia.
Like this article?