On the occasion of World Environment Day, we caught up with Ms. Shilshila Acharya, CEO of Himalayan Climate Initiative and one of the recipients of WWF Nepal’s Conservation Awards this year, on her crusade to #BeatPlasticPollution. 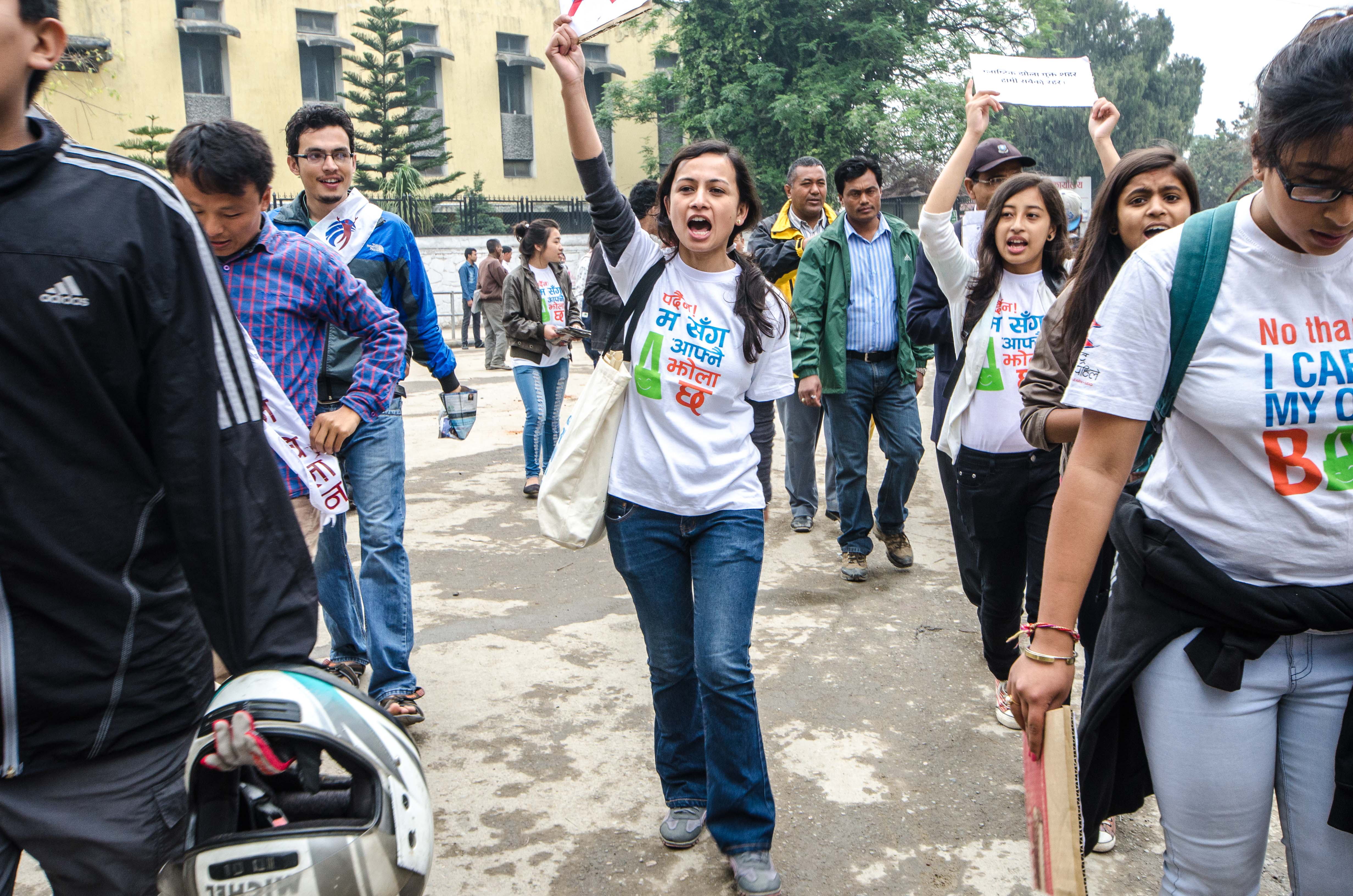 What was your trigger to battle something as big as plastic?
Honestly, I didn’t think it would be plastic. We were in search of a solution to address environmental concerns while fighting the problem of uneducated and unemployed women in Nepal, and those who were being trafficked to other countries. Amongst several other ideas, we found that the root cause of most problems and interestingly the solution was with plastic bags. It stood out as a potential cause since everybody can relate to plastic bags and over time it has become a symbol of over-consumption and plastic pollution. Our research showed that, only in Kathmandu forty-seven lakh plastic bags are used and disposed of daily. So, we knew our fight had to start with plastic bags. Back then, outright banning of plastic wasn’t the first thing in our minds; encouraging people to use it less was. For this we tied up with Bhat Bhateni, one of the biggest retail chains in Nepal and distributed cloth bags at a subsidized rate. The initial three months brought huge success with our sales going up and a 33% reduction in the use of plastic bags. However, the real problem emerged only a few months later when we saw that despite the increase in sales, the problem of behavior change amongst the consumers was looming large. People bought the bags but weren’t using them. We then realized that at the current rate, our efforts would take ages to bear fruit, so a change in approach was required and which had to be brought at the policy-making level. That is when the campaign, ‘No thanks I carry my own bag’ took shape and a ban on single-use plastics in Kathmandu was declared by the government.


While it might seem difficult to completely do away with plastic, how are some ways that you think people can #BeatPlasticPollution?
It starts with determination because almost everybody knows that plastics are bad but unless you are committed to completely doing away with it, you won’t see visible changes. It requires a constant and conscious effort. A plastic bag is just the beginning, once you ditch it, you will slowly start noticing other plastic products that you should be avoiding. Some of the ways that I follow myself to #BeatPlasticPollution include taking my own container while buying items like meat and milk to avoid plastic bags. Other ways to reduce the use of plastics could be giving up all the single-use plastic items like spoons, straws, plates, cups, and disposable napkins which we resort to, to make our life easy but which are creating a huge environmental problem. Giving up plastic-made sanitary napkins and diapers and replacing them with biodegradable ones is another solution. Additionally, avoiding junk food can serve well both for health and the environment since all the junk food packaging is made of plastic. Avoiding wet-wipes, replacing plastic made khadas that are presented at many ceremonial occasions with silk ones or other forms of gifts can help fight the problem of plastic. Moreover, avoiding micro-plastics in personal care products such as perfumes, lip balms, scrubs and toothpastes and replacing plastic bowls and containers at home with steel or glass ones can help tackle the problem of plastic as well. Mostly, giving up plastic is making a lifestyle change and the key to making this change is to refuse what you don’t need and reuse the things you do. 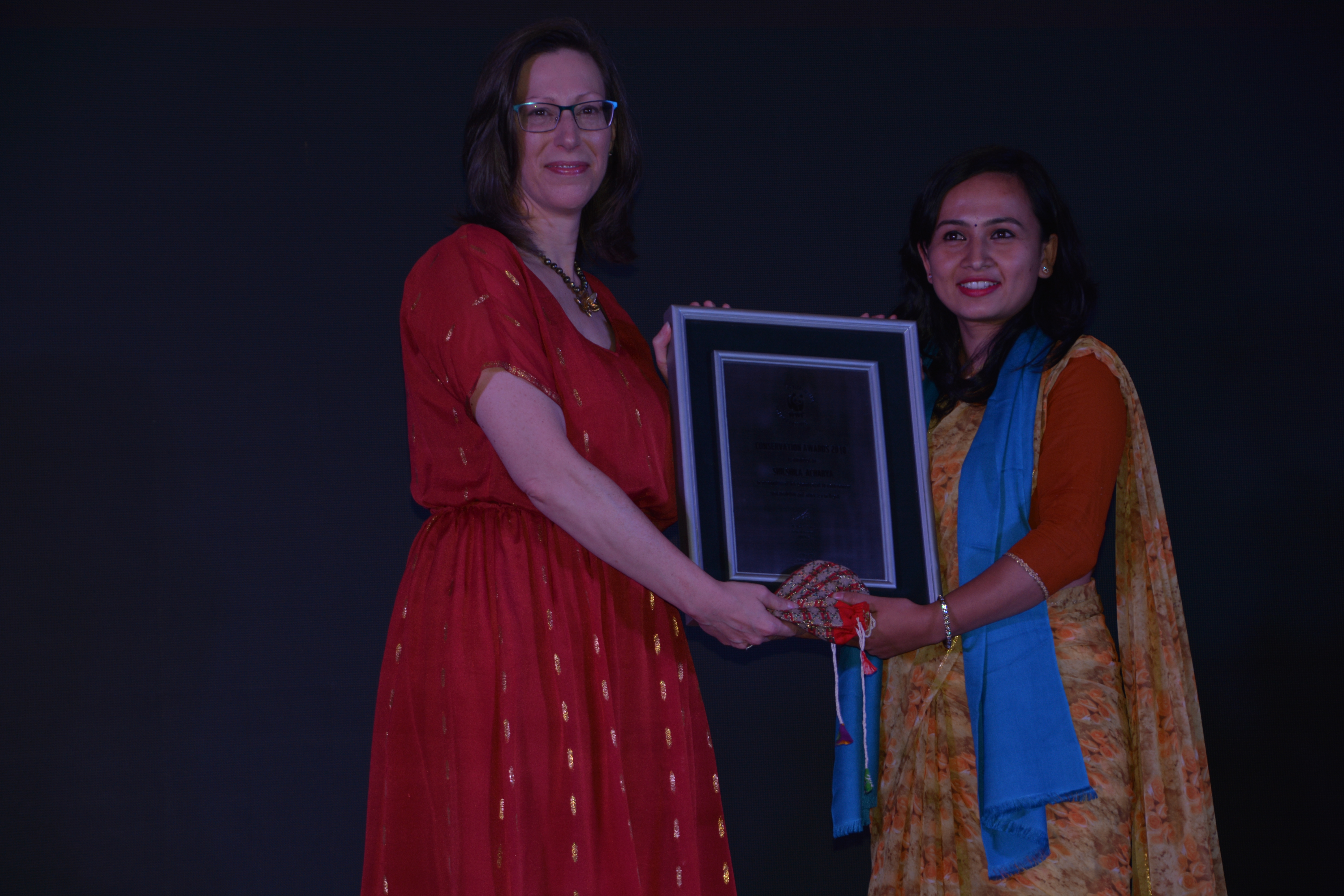 WWF Nepal is proud to have you as one of the recipients of this year's Conservation Awards. How do you see the awards helping you in your continued fight against plastic and environment degradation?

The fight that I have started is a long one. It is already four years now and although we have made some key achievements, a lot is yet to be done. There are days when you get tired and the journey seems long but this kind of recognition by organizations like WWF makes us believe that our efforts haven’t gone unnoticed. It keeps us encouraged and gives us extra energy to carry on. As a student of biodiversity, people sometimes feel I am not pursuing a career that I studied. People sometimes fail to build a connection between plastic bags and climate change and biodiversity conservation. When you are awarded something like the Conservation Awards, the name speaks for itself. It is all linked to the bigger cause, beyond ourselves, for the environment.