Tracking Lapchhemba in the Mystique of Kangchenjunga

My expedition began on 14 April 2016, when I left Kathmandu with a bag full of supplies and a heart filled with hope. My team comprised of experienced wildlife technicians Purushotam Pandey from the Government of Nepal and Phiru Lal Tharu from National Trust for Nature Conservation further supported by a passionate field team from the Kangchenjunga Conservation Area Management Council and citizen scientists of Yangma.

After 45 minutes of flight time, a four-hour drive to Taplejung and two days of rest, we set out for Yangma, which is a five-day trek from Taplejung. The trek took us through undulating hills, picturesque valleys and steep river gorges, and a landscape that changed from dense forests of alder, oak and juniper to rugged and barren alpine terrains.


After five days trekking, on 21 April, we finally reached the valley of Yangma, our base for the collaring mission. Yangma is one of the most remote villages in the alpine regions of Kangchenjunga Conservation Area (KCA) at an altitude of 4200m with as few as 11 households, the majority of whom relies on yak-herding as a means of livelihood. The previous collaring missions were based in Ghunsa and Yangma, both in KCA, where two adult male snow leopards were successfully collared. This time, we were hoping to collar a female.

After a good rest on our first night in Yangma, we met with the local citizen scientists the following day to reflect on our past experience and share ideas and suggestions for the new task at hand. Collectively we agreed to begin our mission on 24 April starting with a small spiritual ceremony as per the local belief to grant us luck and safety. Between 24 and 26 April, we set up a control station in an abandoned house rented for the mission and strategically laid out 20 traps (Aldrich’s foothold snare trap) along the main trails and primary activity sites of snow leopards. The trap is attached with a radio transmitter which signals our main communication tower if the trap has been triggered. Once the animal is caught in traps were laid out, all we could do was wait and watch…for how long, no one could tell. 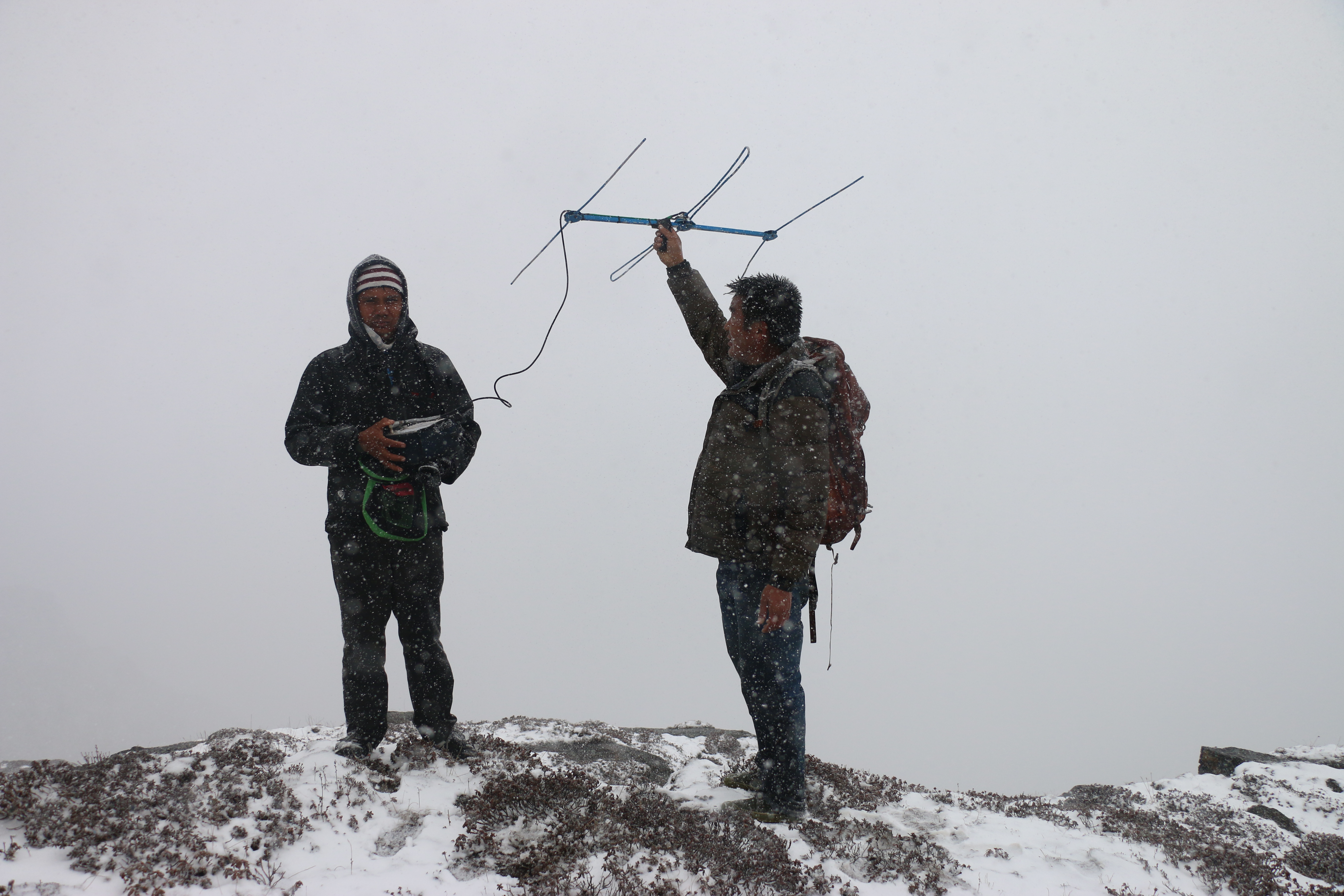 
After three tiring days of walking up and down mountain slopes to lay the traps, my team finally got the day to rest. It was the 27th day of April. As with other days, our wildlife veterinarian went about his regular business of checking whether any of the traps had been triggered. No sooner had he left camp, than he came rushing back with excitement. One of the traps had been triggered which meant that an animal had been caught. Could it be a snow leopard? Well, we would have to find out for ourselves.
It was about 3:30 in the evening and two of the team members went to the trap site to check. We were not really hopeful, to be honest, since one there was no way we thought we would catch a snow leopard this quick and, second, we had been through numerous situations in earlier expeditions where domestic yaks, blue sheep and even Tibetan mastiffs had triggered the traps instead of snow leopards. However, we got our immobilizing and collaring tools ready just in case.

And then, just like that, my radio received a message. “We have caught a snow leopard!” a voice bursting with excitement came from the other end.

The moments that followed after that was nothing short of an adrenaline rush and like clockwork, everyone had their tasks in order and ready to leave in a jiffy. The capture site was just about two kilometers away from the village, but it took us half an hour to get there because of the alpine terrain.


Upon reaching the site, we were greeted by the majesty of the elusive cat nearly camouflaged in the surrounding rugged terrain except for the juniper bush that gave it away behind which it sat nervous and anxious. With no time to lose, the tranquilizer was prepared and loaded on to the dart. The dart found its target in a single shot and the snow leopard was immobilized at 6:15pm.

While our happiness knew no bounds, we still had the bigger task at hand of collaring the snow leopard. She could not, however, be collared in the same site as her capture since it was on the edge of a steep cliff, so we carried her down on a stretcher to the safer base of the cliff.


It had already got dark by the time we reached the base. It was also getting colder. Battling both the elements, we went about fixing the satellite-GPS collar on the snow leopard while also collecting vital DNA samples and taking her measurements. She weighed 30 kg and was 173 cm in length.

We were able to wrap up the whole operation in about 25 minutes after which we injected her with an antidote. With a movement here and a movement there, she slowly shook off the sedative and then, slid into the darkness and the safety of the wild. It was 8:40pm when we saw her last. By a collective agreement with the local people, we named her Lapchhemba after a local deity whose pet is a snow leopard. Lapchhemba became Nepal’s first female snow leopard to be GPS-collared.

But our work was still far from over. We had to wait for the GPS signals to be received from Lapchhemba’s collar. A day passed and then another until it was four days of waiting without a signal. Each passing day made us more anxious trying to figure what could have possibly gone wrong. And then, on the fifth day since the collaring, we received the signal. Our mission had been accomplished.


Now back at my desk, my only connection with Lapchhemba is the GPS locations I receive from her collar. Every bit of information we receive from her will be something new for Nepal as we tally her movement patterns and behavior with that of her male counterpart. Her latest movements have tracked her in China which reinforces our mission to build stronger transboundary linkages with our neighbors.

While I left Lapchhemba in the lap of Kangchenjunga, the mountains still beckon me. And I know I will be back, with a new mission and another snow leopard to collar. Until then, I will find quiet comfort in the memories of this expedition and a deeper connect with the god’s pet. 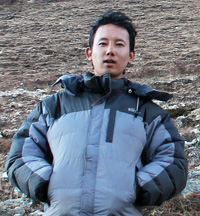 About the Author:
Samundra A. Subba works as the Research Officer in WWF Nepal.