“Haati, haati” someone shouts. The group got up, very animated. They’d seen a wild elephant only about 100m away from our camp. I tried to see it through the darkness. Such a large animal but somehow tricky to see. The light from a torch revealed its tusks – a large lone male, and it was coming closer.

I was to sleep in a tent that night but with a wild elephant so close, we abandoned that plan and moved our bags into the concrete building. The group leader, knowing the potential danger, having had a bad encounter with an elephant almost 10 years ago, watched carefully, considering our best strategy. Torches were waved about, a lot of noise was made, and some people ran towards the elephant, but he wasn’t deterred. Long logs were grabbed from the fire and waved around; another fire was established at the edge of our camp. 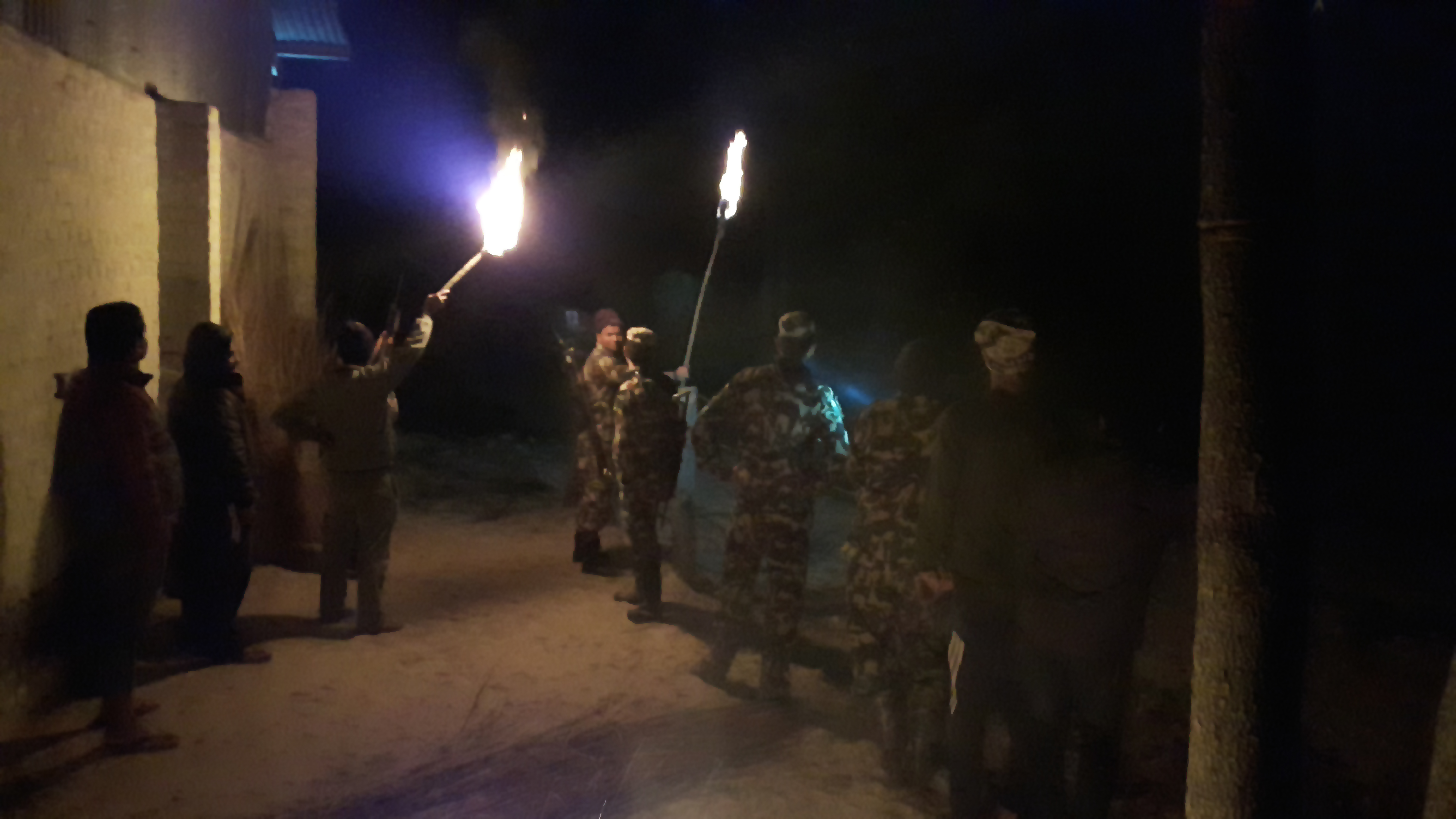 I was expecting a peaceful evening, sitting around the fire, under the stars and a full moon, but this was the reality. Living or staying in a ranger post in the forest (where there used to be a small settlement), in the centre of a National Park in Nepal means facing such dangers.

All the noise and commotion had attracted the attention of an army patrol team – which was a welcome sight! They are not just wildlife protectors – they are people protectors too. They helped calm the situation, lit fire torches and kept a close eye on the elephant. Finally, he headed away from us and I went to bed.

Woken abruptly with shouting and banging, he had returned and our protectors had gone. One tent had also disappeared – the one I was going to sleep in - trampled! Now the elephant was inside our camp. More noise, more fire, more fear. Finally he left, so back to bed. 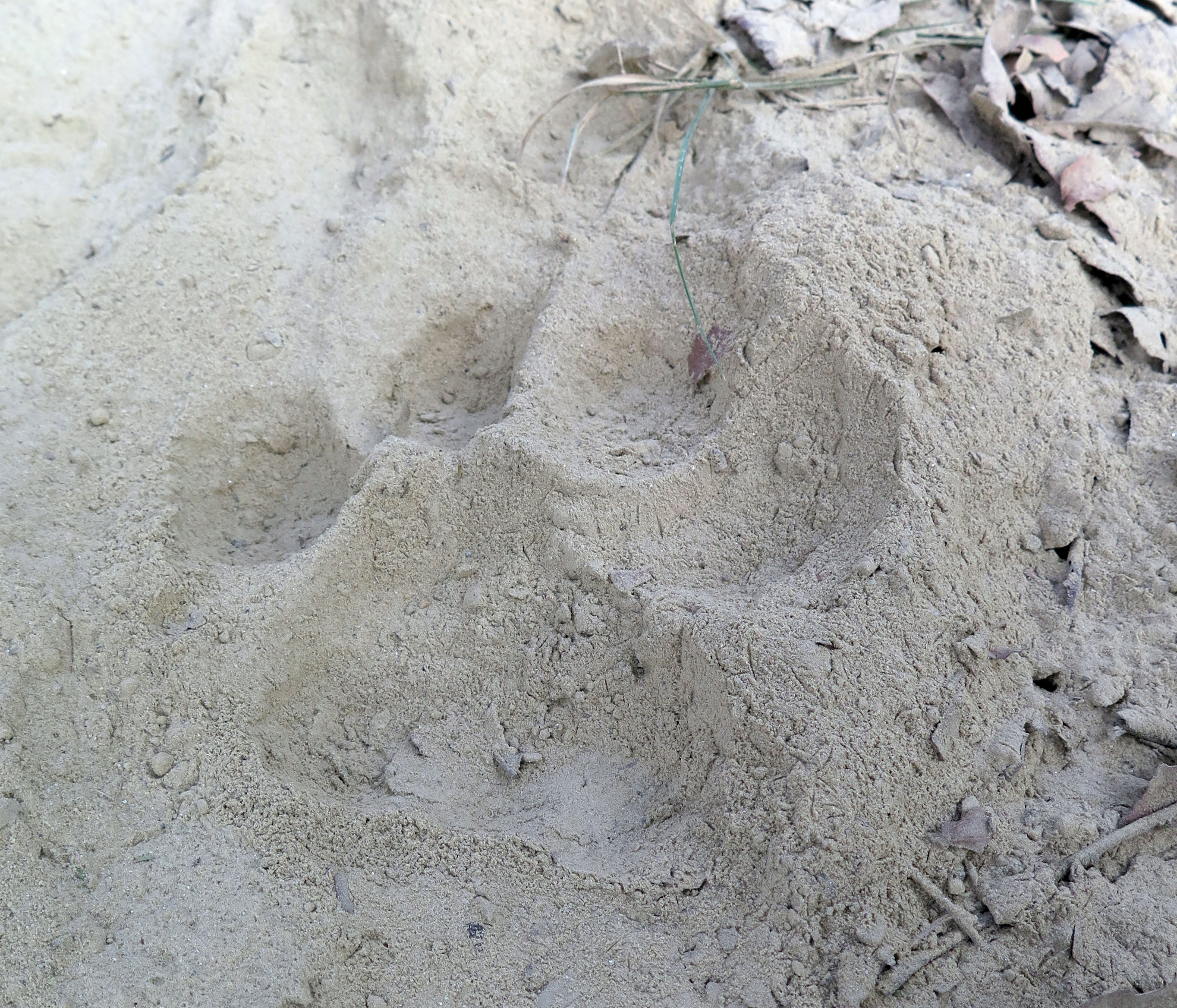 I had joined this team in the forest to see what is involved in the national tiger survey, which had just started. In the morning, as I went with one group to set up the last camera trap for that area, we saw tiger pugmarks, jackal and deer tracks about 200 metres from our camp. The ranger post used to have an electric fence around it for protection, but it had been destroyed during the bad flood earlier in the year – again highlighting the vulnerability of people who live in such areas.

This tiger survey group I had joined included technical experts from NTNC, WWF and ZSL, as well as members from 2 Community Based Anti-Poaching Units, 3 students or postgraduates in Forestry, and other volunteers. The team leader – and mentor - was a wildlife technician from NTNC with over 40 years of experience to share, who loves to be in the forest, still motivated by the possibility of seeing tigers, rhinos, elephants, sloth bears and much more. 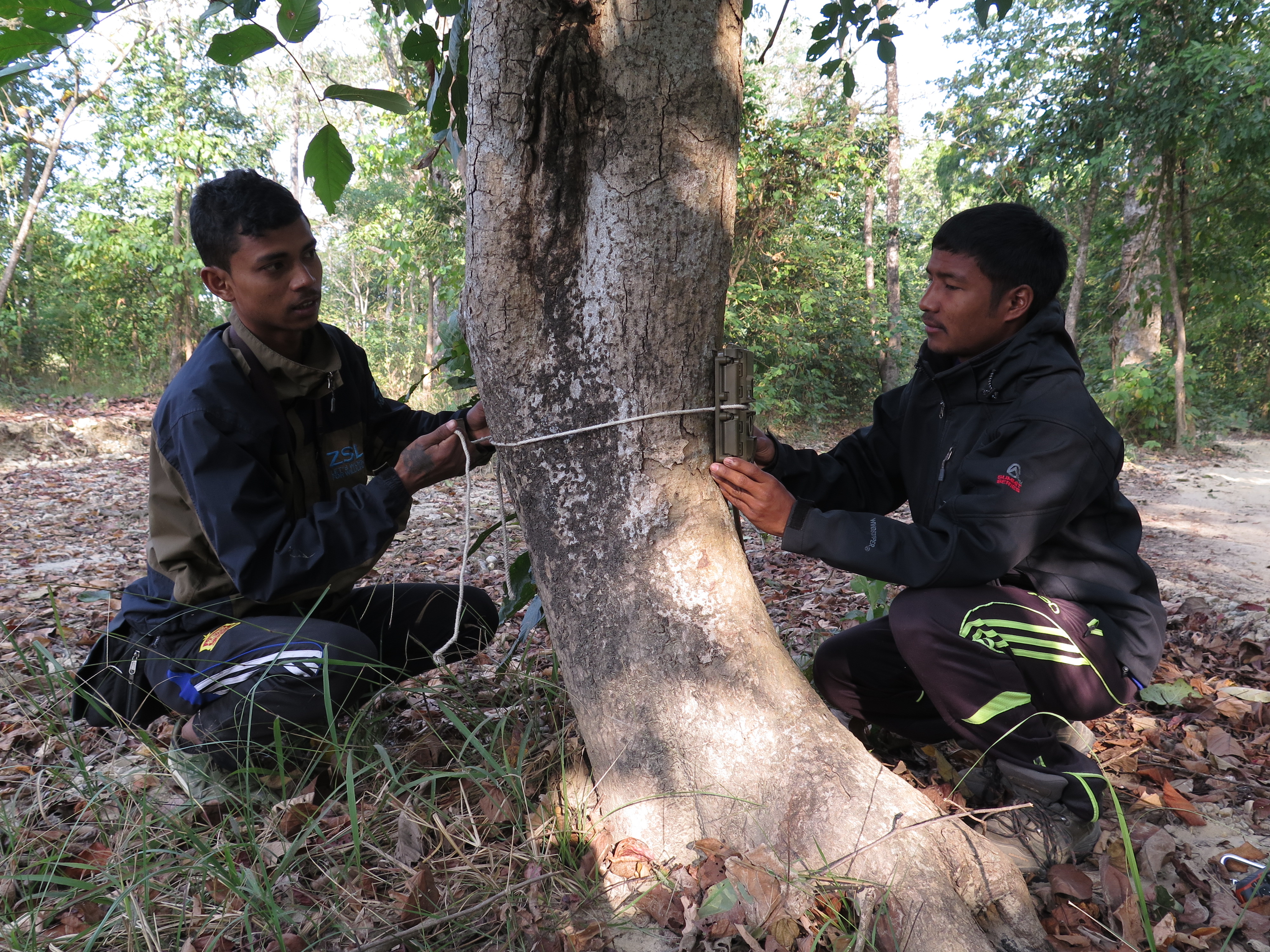 About 100 people had received training on tiger survey methods, before dividing into smaller groups, who will stay together for 60 days, in the field. Two young female forestry graduates were in this group – apparently just 4 out of the 100 trained were female! Young, intelligent and energetic team players, who told me that they’d volunteered to take part in the tiger survey as they are keen to learn, and develop their practical skills. They clearly enjoyed being in the forest and were up for a challenge! Walking all day, camping out in basic conditions for 60 days will be challenging – emotionally, physically and practically. 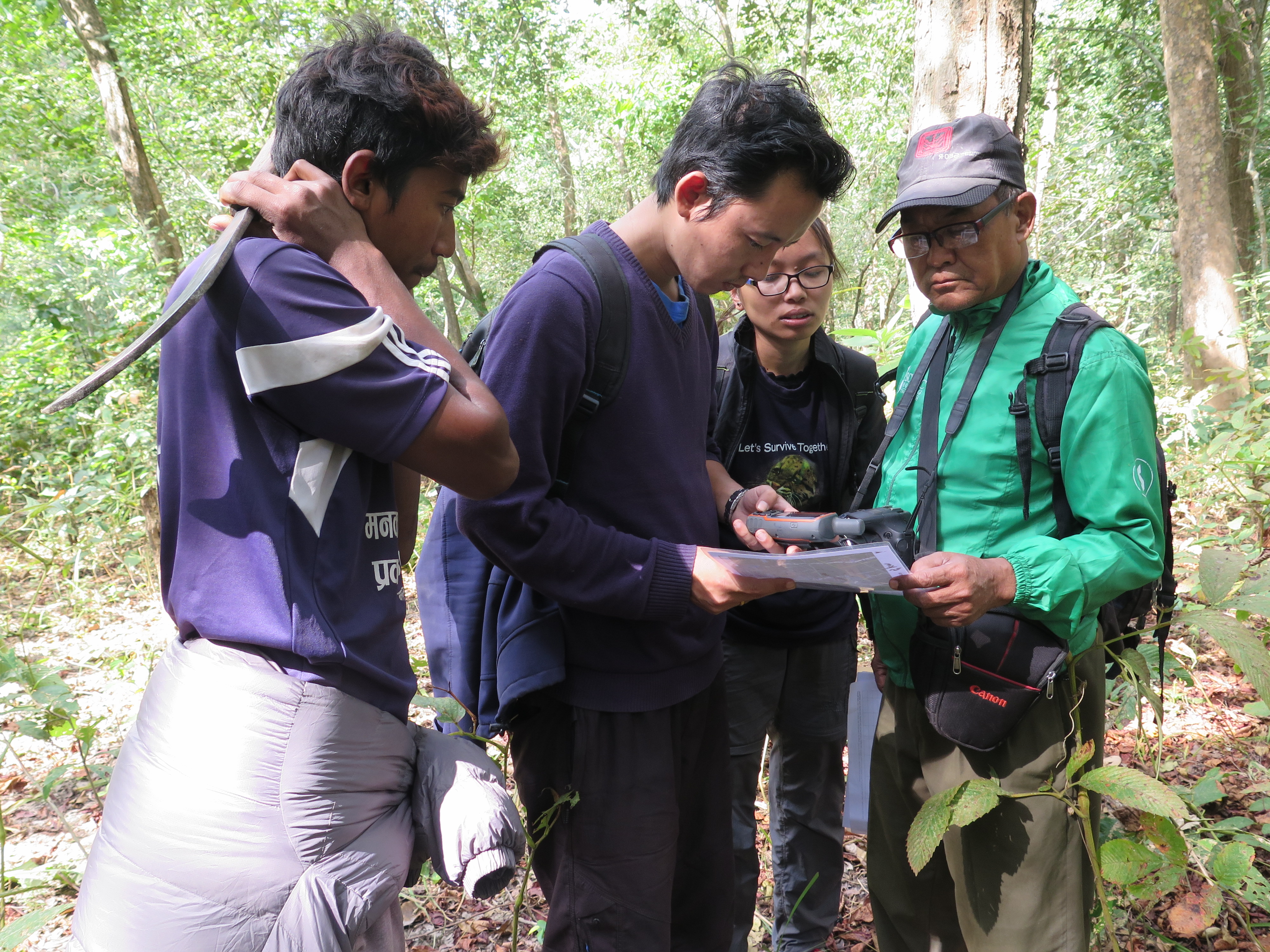 Tiger surveys tell us the status of the tiger population and prey, and importantly identify where there’s evidence of human activity and disturbance – this could be from livestock grazing, cutting trees, collection of fuelwood, fodder and other resources.  This informs what actions are needed, and where, to better protect and manage these areas.

It’s also clear to me that being part of this tiger survey is a great opportunity to gain new experiences, skills, friendships and fond memories, as I have, in just these 3 days! Maybe I’ll volunteer for the full 60 days next time! 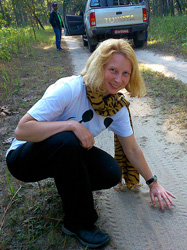 About the Author:
Rebecca May works as Regional Manager, Tigers and Asian species, International Programmes Support Team in WWF UK.