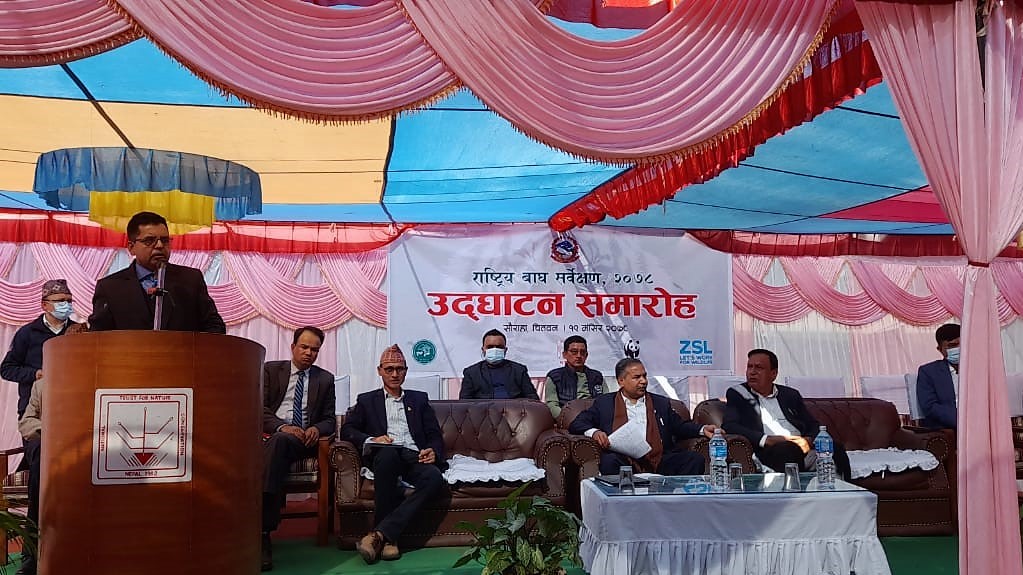 Guided by Tiger and Prey Base Monitoring Protocol, the Survey will follow a methodology that includes Camera Trapping and Habitat Occupancy. Meanwhile, Nepal’s tiger bearing habitats have been divided into three complexes—Chitwan-Parsa, Banke-Bardia, and Shuklaphanta-Laljhadi. An estimated 3938 units of camera traps will be used, across 1,969 grids that traverse these complexes.

Nepal’s last tiger survey in 2018 estimated 235 wild tigers in the country, a near doubling of the baseline of 121 tigers in 2009. The findings from this survey will undoubtedly be crucial, not only in understanding and improving conservation efforts for the species, but also in in terms of tracking Nepal’s progress in achieving its commitment to double its tiger populations by 2022, set at the St. Petersburg Tiger Summit in 2010. 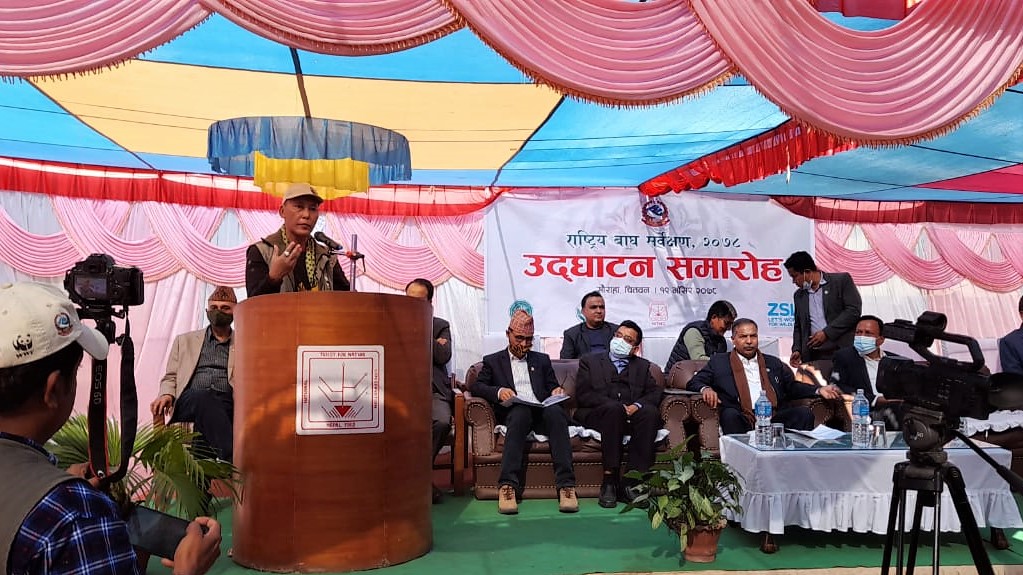 “Nepal has achieved exceptional results in tiger conservation despite a multitude of challenging situations. The numbers are testimony to this. We are confident that Nepal will achieve its TX2 targets this coming year and present it in the upcoming global tiger summit” stated Dr. Ghana S. Gurung, Country Representative, WWF Nepal.

About Nepal’s national tiger survey
Nepal’s last National Tiger Survey was conducted between November 2017 and April 2018 in the Terai Arc Landscape (TAL), a transboundary landscape shared with northeastern India. The survey covered five protected areas together with corridors and adjoining forests, with an estimated 18 tigers in Parsa National Park, 93 in Chitwan National Park, 87 in Bardia National Park, 21 in Banke National Park and 16 in Shuklaphanta National Park.

About Tx2
In 2010, the governments of the world’s 13 tiger range countries committed to TX2 at the St Petersburg ‘Tiger Summit’ – the global goal to double the number of wild tigers by 2022, the next Chinese Year of the Tiger. WWF is a key driver of the TX2 goal, working together with governments, businesses, development partners, local communities, and many others to ensure tiger conservation is given the priority and investment it requires.