Posted on 19 May 2019
Kathmandu, Nepal – At an event organized in Kathmandu, WWF Nepal recognized the role and contributions of promising individuals and organizations through the Conservation Awards and Memorial Scholarships and Fellowship on the occasion of its 26th anniversary. 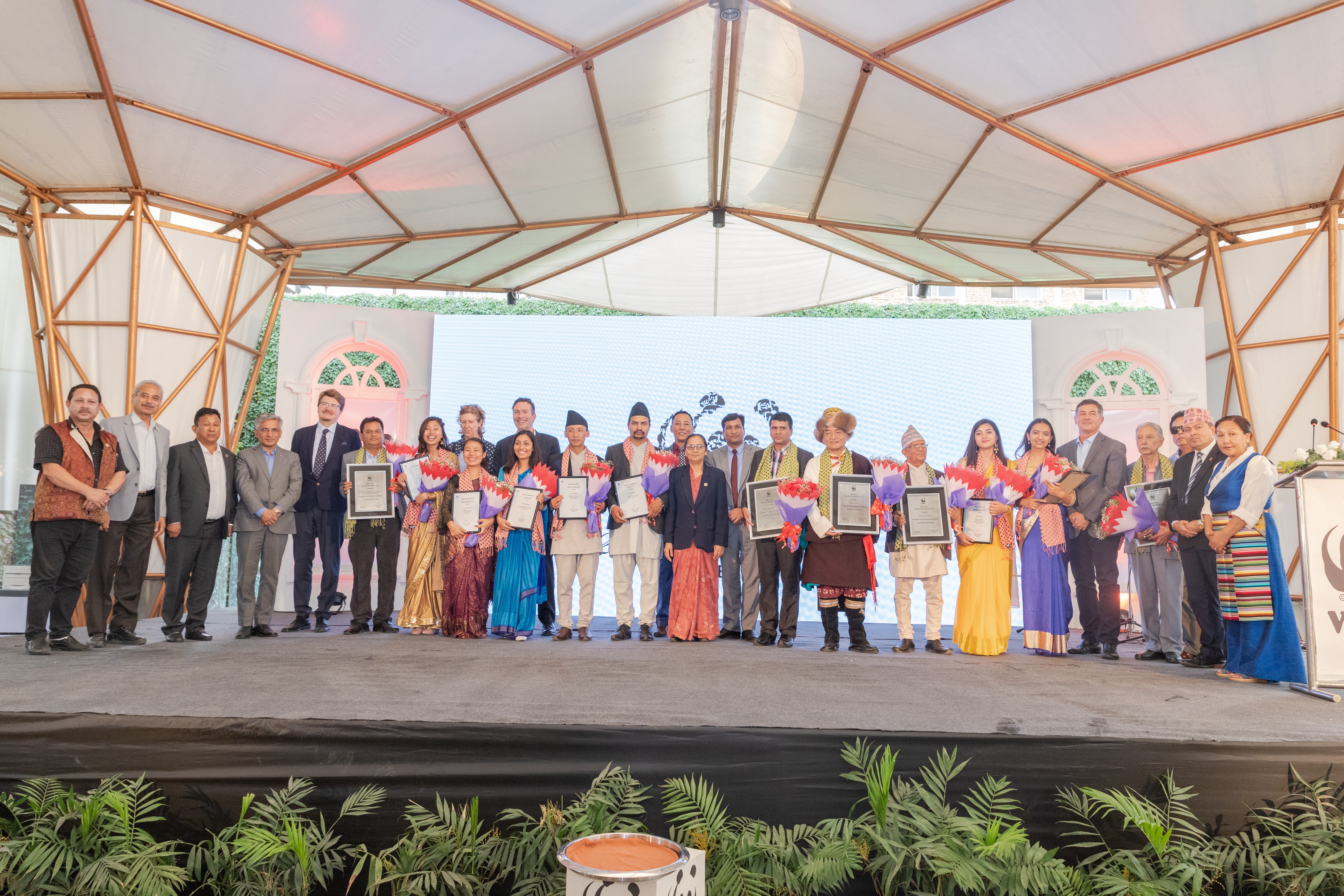 The Memorial Scholarships were instituted in 2007 to honor the 24 individuals who lost their lives in the tragic helicopter incident of 23 September 2006 and their commitment to preserve Nepal’s rich natural heritage.

Speaking at the event, Chief Guest, Honorable Shakti Bahadur Basnet, Minister of Forests & Environment said, “The efforts of conservation organizations in protecting the nation’s biodiversity has put Nepal on the global map. And while Nepal has achieved encouraging success, there lie many challenges like infrastructural development, climate change, and illegal wildlife trade among others that can no longer be the concern of only those involved in the conservation sector.” While extending his congratulations to the award and scholarship winners, Mr. Basnet also urged them to continue their efforts in conservation with utmost dedication and commitment.

Meanwhile, Dr. Ghana S. Gurung, Country Representative, WWF Nepal stressed on the need to adopt cleaner and greener practices especially given the changing political context and the push towards rapid infrastructural development as Nepal seeks to graduate from its Least Developed Country status. He further emphasized the role that sustainable infrastructures and lifestyles could play in building a future in which people can live in harmony with nature.

WWF Nepal’s 26th anniversary was organized as a special evening to reflect, recognize and celebrate its conservation journey with its partners and supporters and their role in helping Nepal achieve conservation impact over the years.
Like this article?