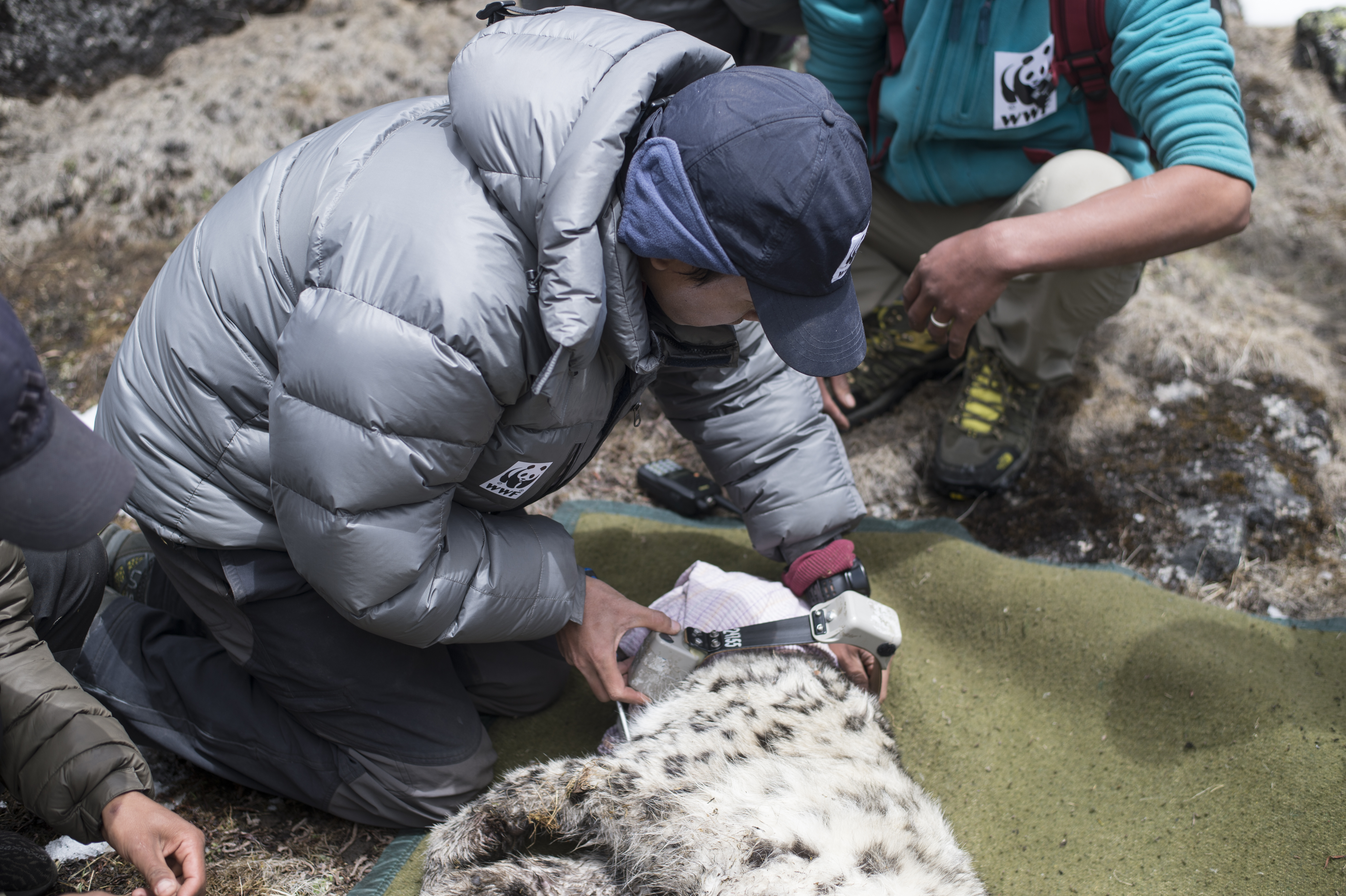 The snow leopard, a sub-adult female about two years of age and weighing 30kg, was tracked and fitted with a satellite-GPS collar, and released into the wild at 11:36am at an altitude of 4,838m. She was named Yalung by the local people after the name of a local area which is planned to be developed as a snow leopard ecotourism site in the future. Yalung will be closely monitored by the government, WWF and local citizen scientists following the collaring. 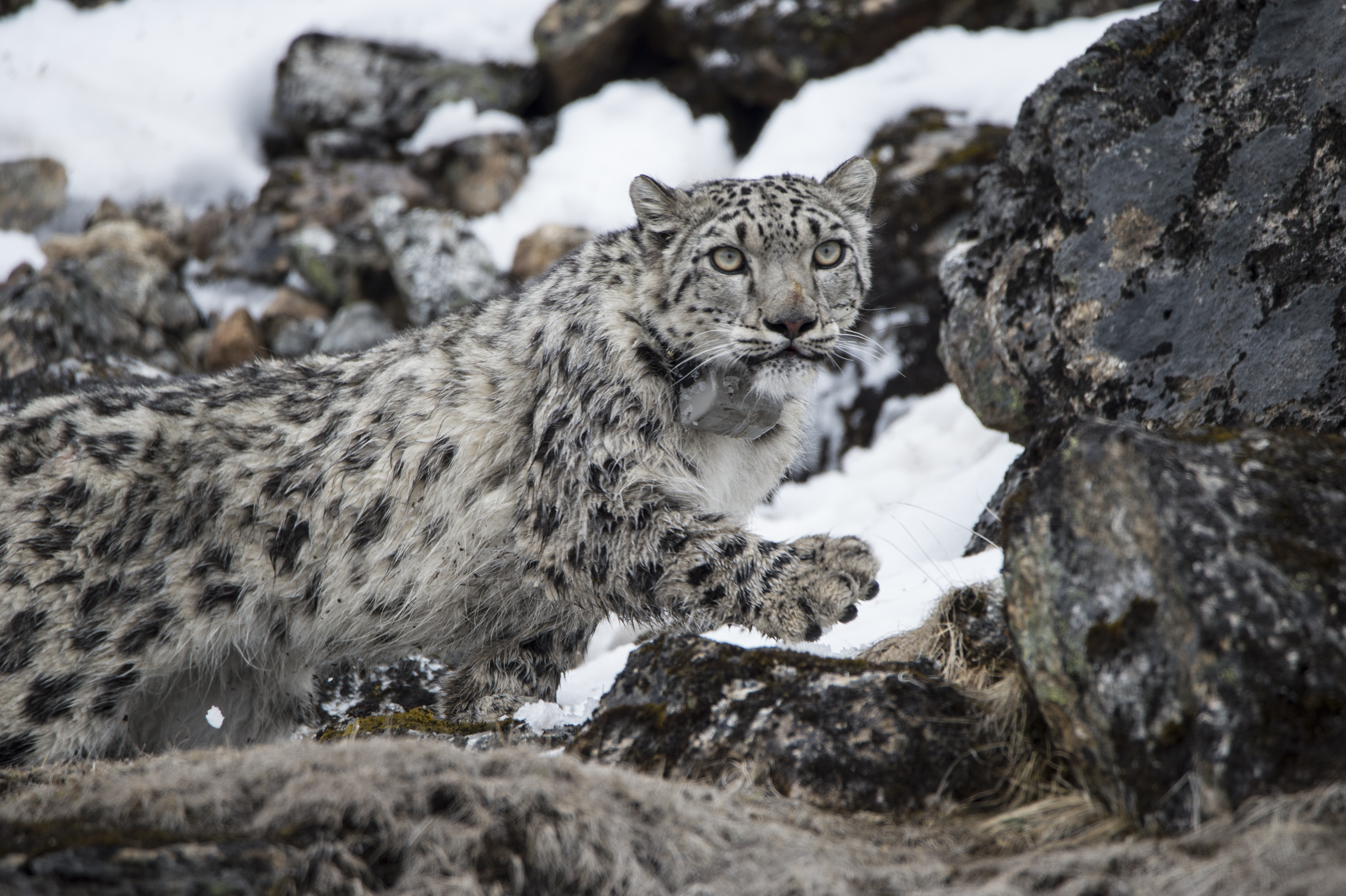 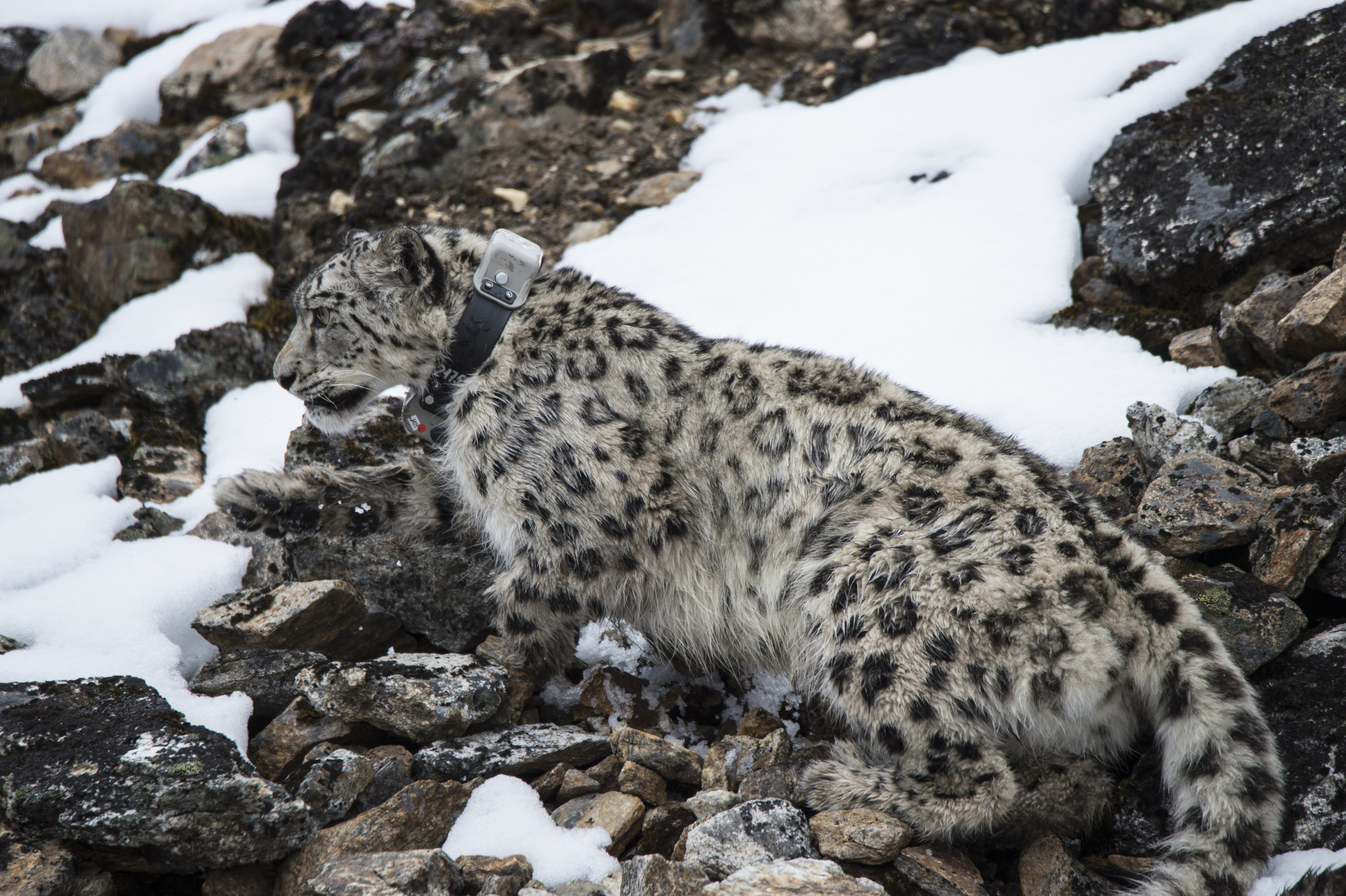 “Nepal’s snow leopard conservation action plan launched earlier this year by the Prime Minister of Nepal guides the country’s commitment to ensure 100 breeding snow leopards in three of its landscapes by 2020,” stated Man Bahadur Khadka, Director General of the Department of National Parks and Wildlife Conservation. “Nepal’s learnings from satellite telemetry on the species since 2013 will play a key role in future snow leopard monitoring using cutting edge technology which is a key objective of this five-year plan.” 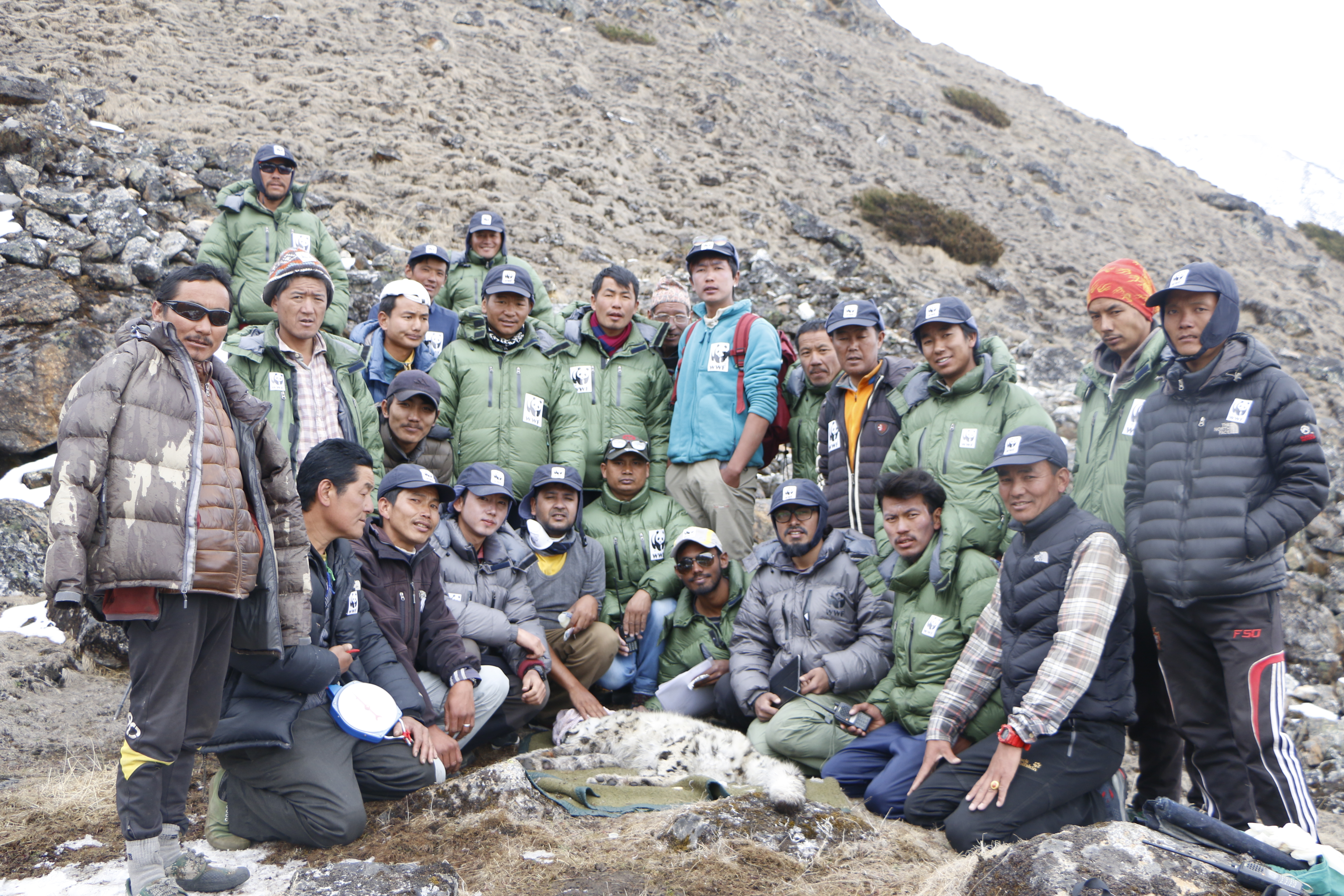 The expedition led by the Department of National Parks and Wildlife Conservation comprised of representatives from the government, National Trust for Nature Conservation, Kangchenjunga Conservation Area Management Council, WWF Nepal’s young wildlife biologists and local citizen scientists. WWF-Nepal provided technical and financial support for the collaring, which was funded by WWF-UK and USAID.