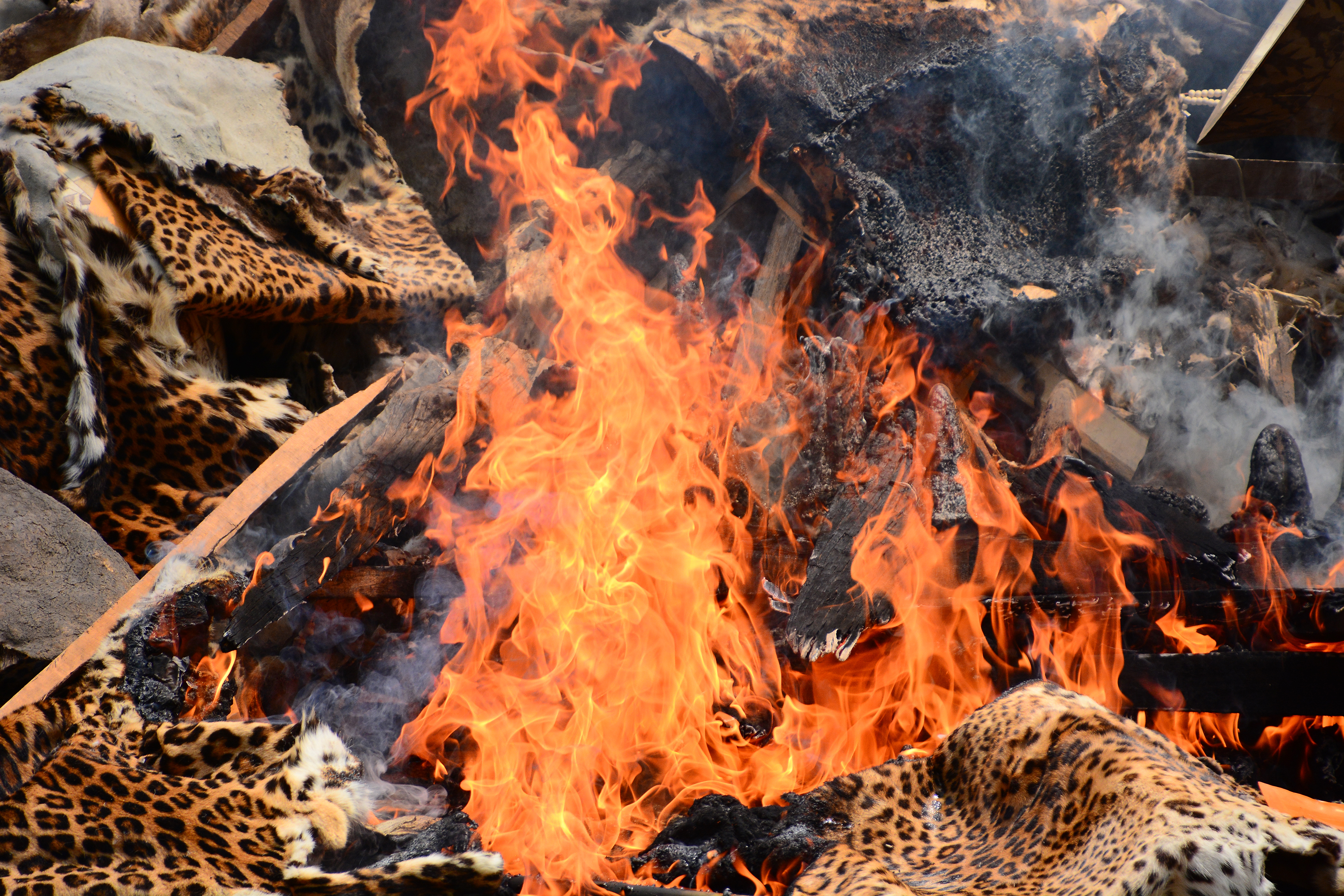 Based on an audit completed in July 2016, more than 4,000 wildlife parts of 48 different species including 67 tiger skins and 357 rhino horns were burnt in Chitwan National Park in the presence of Prakash Sharan Mahat, Minister for Foreign Affairs, government representatives, security chiefs, diplomatic missions, civil society, local communities, media, conservation agencies and I/NGOs. The audit covered wildlife parts confiscated from seizure operations and recovered from animals that had died natural deaths from the two repositories in the Armed Forest Guard Training Centre in Tikauli and Chitwan National Park headquarters in Kasara.

“Nepal has achieved a significant milestone in conservation,” stated Man Bahadur Khadka, Director General of the Department of National Parks and Wildlife Conservation. “The government of Nepal expresses its commitment to zero poaching and a non-tolerance towards wildlife crime.”

The burn was also a means of managing the stockpile of wildlife parts collected from over 20 years that were already decaying. Some wildlife parts were omitted from the burn and retained by the government to include those items whose cases are still under investigation, those required for future scientific studies, and elephant tusks given the lack of required technology for crushing the ivory before burning.

“With each year, Nepal gains from strength to strength in conservation,” stated Anil Manandhar, Country Representative of WWF Nepal. “Through coordinated efforts from the central to the grassroots level, it is a conservation imperative to break the myth of the illegal wildlife trade as iconic species such as tigers and rhinos are poached to satisfy human greed.”

The event was led by the Government (Ministry of Forests and Soil Conservation and its line agencies) with the support of the Nepal Army, WWF, National Trust for Nature Conservation and Zoological Society of London. WWF provided financial and logistic support for the event which was funded partially by USAID’s Hariyo Ban Program, WWF US and WWF UK.